Despite the dramatic headlines in the press about ‘earthquakes’ and ‘wake-up calls’, the fact is that most of the electorate couldn’t be bothered to turn out to vote at the recent local and European elections.

It seems most people are bored with politics and disillusioned with politicians who now rank below journalists and lawyers in the public’s esteem.

However, if you work in print, politics should send your heart racing and put a spring in your step – because politics and the democratic process is a great opportunity for print! 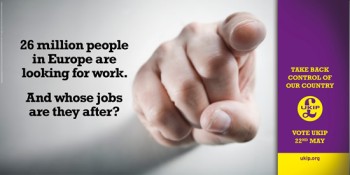 There’s no denying the power of a billboard campaign

At the last General Election, the major parties spent over £30m during the campaign1 and in 2012, the three main political parties reported income of over £63m 2. If you add government spending of around £150m per year3 administering and overseeing various elections plus however much lobby groups are spending, you can see that politics is big business.

There are several factors that make politics a great opportunity for print businesses of all shapes and sizes. Here are our top ten reasons why you should be pursuing political print business right now.

1 – Firstly, politics is big business for print. Apart from the spend of the political parties, the government machine spends large sums on print supporting the democratic process. Think polling cards, registration forms, postal votes, public information pieces, signage at polling stations etc., etc. And don’t forget the EU – with a population of over 500m and 24 languages – there is plenty print work to go around!

2 – There are lots of elections these days – local and national, Scottish, Welsh & Northern Ireland assemblies, Europe, Police & Crime Commissioners, Mayoral Elections. Politics is an evergreen business. And we have the added bonus of the Scottish Devolution referendum this year and a possible EU referendum in 2015!

3 – It’s not just at election time that the parties are spending. While there might be a flurry of activity around national and local elections, remember that there is plenty of activity at other times. Fundraising is a year round activity – then there are membership drives, regional and national conferences and all their associated print opportunities.

4 – Political spending is spread across the whole country, so there is business to be had in your region.

5 – The days of two party politics are over – that means more competition for parties to get their voices heard – and that means more opportunities for print. Currently there are 407 political parties registered with the Electoral Commission.

6 – While the political parties are beginning to get to grips with online and social media, there is a sizable demographic that is unreachable except through print. While Facebook and Twitter will become a growing part of political campaigning, print is a vital part of the mix. It is up to you to sell the power of print – whether it’s the impact of a dramatic billboard or the revenue generated by that carefully crafted fund-raising direct mailer.

7 – While there have been exciting innovations in print in recent years, political parties have been slow to realise the potential of modern print and signage in communicating with their membership, supporters and the wider electorate. The political world is ripe with opportunity for print. 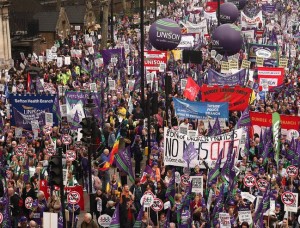 Someone has to print all those banners and placards

8 – It’s not just the government machine and political parties that provide print opportunities. Activists outside the political mainstream and single issue campaigns still need printed materials, signage, apparel and promotional items. Whenever people feel strongly about an issue they are keen to be identified with the cause and often there is not the same price sensitivity as with other purchases.

9 – As a print provider, you can supply to all shades of the political spectrum and both sides of any argument. Whether its in or out, for or against, you get to sell guns and ammunition to the Cowboys and the Indians!

10 – Politics is about branding and communicating the brand message. If you just think of political parties like brands, all the same opportunities for print are there – you just have to sell them!

So forget the issues – add political print business to your marketing manifesto today and you’re sure to be a winner at the next election!