What on earth has a new smartphone got to with print? You’d be surprised… 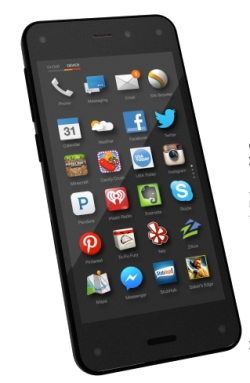 If you are a follower of tech, you might have heard that Amazon’s Jeff Bezos announced the impending release of the Amazon Fire Phone in the US.

The Amazon Fire Phone will be available in the US on a 4G subscription with AT&T.

So why would this matter to anyone working in print in the UK?

Before we answer that, you need to understand a little more about Amazon.

Everyone knows who Amazon is – they are the world’s biggest online retailer. You have almost certainly bought something from them and you might even be selling products on Amazon’s platform or have your web site hosted on their infrastructure.

If you work in book or magazine publishing, you will be only too aware of the impact of Amazon’s Kindle eReaders and Kindle Fire Tablets.

Although just 20 years old, Amazon has a market cap of $150bn, employs around 120.000 people and operates across North America, Latin America, Europe, Africa, and Asia.

Amazon started out selling books then quickly branched out into CDs, software, consumer electronics and now they sell pretty much everything – from groceries to video subscriptions.

Not only does Amazon sell stuff – they let everyone else sell on their platform as well – in return for a piece of the action. In addition to allowing you to sell your products through the Amazon web site, they will even warehouse your products, fulfill your orders, process payments and handle customer service for you (at a price).

Amazon is a big, slick operation and they understand consumers like few others – so what they do matters to everyone who sells products to consumers. That means most of your customers.

Amazon doesn’t go into the hardware business lightly – they do it when there is a clear revenue opportunity for the Amazon platform.

They make Kindle eReaders to sell ebooks from Amazon. Their Kindle Fire tablets are linked in to the Amazon ecosystem with it’s own browser and app store. Shopping at Amazon on a Kindle Fire tablet is a breeze.

Kindle Fire TV set top boxes are designed to stream Amazon video content subscriptions and video purchases from Amazon. Amazon Dash readers make it easier to buy your groceries and household essentials on Amazon. Not all of these products are available yet in the UK, but they will be soon.

Amazon isn’t interested in telecoms – it already sells smartphones from all the major manufacturer’s on its web sites. The reason it is going into the phone business is to provide another sales machine for Amazon. They want to sell more products, more easily than anyone else and the technology in this new handset is geared towards providing a frictionless buying experience for the consumer.

Still don’t get what this means for print? We’re getting there…just bear with us.

The new Amazon Fire Phone does all the things you might expect from a modern smartphone – it’s got a nice camera, lots of apps, it plays music, you can text, watch video, use it as a satnav, play games, read emails – it will even make ‘phone calls! 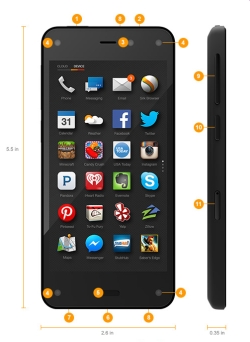 Nothing particularly spectacular so far – even if a device like this would have been considered science fiction not so very long ago.

The Amazon Fire Phone does have some fancy tricks like a simulated 3D effect called Dynamic Perspective that uses some very smart technology, but that needn’t concern us here.

So, ignoring all the technical stuff that the geeks will be banging on about, two things make the Amazon Fire Phone a bit special

1)  The Amazon Fire Phone is a genuine mass market device
Amazon have gone to a great deal of time and effort to get the user interface right. They have fixed a lot of things that have held back smartphone usage.

For example – the camera works – in an easy intuitive way – with its own dedicated button. It takes decent pictures when the light isn’t right or the subject is backlit. It sorts out camera shake and automatically loads your pictures to the cloud where you can access them with other devices and easily share them. People will still take rubbish photos, but they will use the camera feature and for most people it will be the only camera you will ever need.

Intuitive gesture controls will quickly become second nature and crucially, Amazon includes the live ‘Mayday’ help system they introduced with the Kindle Fire series. So if you get stuck, you can speak to a real person in real time who can talk you through whatever you want to do – and take control of the device and show you how.

The Amazon Fire Phone won’t be perfect out of the box, but the feature set and the ease of use will extend smartphone usage across the vast majority of the population. You could give one of these to your granny and she would be able to get to grips with it.

Amazon will be giving these away at cost – or even subsiding them – so you will be getting such a great deal these will fly off the shelf. At $199 on a 4G contract with free Amazon Prime for 12 months, and free unlimited cloud storage for pictures, nothing can compete in terms of value.

2) FireFly
This is the ‘killer’ feature – and the technology isn’t even new – it just works in a super intuitive way. Forget for now how Firefly works, the idea is simply this – if you want to buy something or know more about it – you just point your phone at it and press the FireFly button.

The object could be a can of beans, a packet of breakfast cereal, a CD or DVD box or a book. And we’re not talking about reading a barcode here (although it does that as well) – FireFly analyses the shape of the object, identifies it and matches it in the Amazon product database – currently over 100m items. And that’s not all…

Because of the quality of the cameras on the Amazon Fire Phone and some clever software, this works fast and copes with different shapes, poor lighting conditions and real world imperfections.

Firefly will change the way we interact with the world around us. Imagine wanting to know more about virtually anything you can see around you – simply point and press.

This won’t happen overnight, but it will happen fast – here’s why.

Massive Opportunity for Print
As consumers get used to pointing their phones at an object to get information or to buy, every piece of signage, every leaflet, every business card, every product pack becomes an opportunity to interact, engage with and sell to the consumer.

Imagine you are on a bus – you pass a billboard for the latest movie. You point your phone at the billboard and press a button. Potentially several things could happen –

You are in the National Portrait gallery and you want to know more about a painting. Point-and-shoot. For now, on Amazon’s Fire Phone you would get the Wikipedia entry for the painting.

However, it doesn’t take a great leap to imagine being offered a high quality print with the size and finish of your choice, to be shipped anywhere in the world (or collected from a local printer or delivered to your hotel later that day).

If you press the ‘buy’ button, an appropriate quality image is sent to a printer with the right equipment, in the best location and with the spare capacity – all automatically.

Or suppose you are reading a trade magazine and you spot an ad for an exhibition you want to attend. You point-and-shoot – a QR code inserts the date, time and location to your calendar.

Every brand manager and every consumer business needs to know the implications of Amazon’s venture into phones and every printer should be grabbing this opportunity to be the one to tell them what it means and start planning for the huge business opportunities that will arise.

QR Code Revival
The QR code has been around for twenty years and is widely used in industry, but outside of Japan it hasn’t achieved widespread consumer acceptance.

There are several reasons for this – partly a lack of education – but mostly technology limitations that have simply made QR codes too much hassle to achieve mass market acceptance. 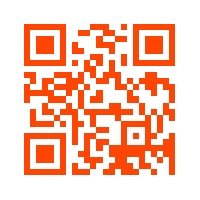 To scan a QR code you would have to download an app, run it, take a picture of the code then hope you had a data signal to take you to the destination web address. This is too slow, too unreliable and just too much hassle for most consumers.

Now with FireFly running on a 4G connection, Amazon have demonstrated that scanning a QR code can be a fast, reliable, one button process.

As several existing technologies improve and are more widely available, scanning QR codes with all smartphones will be as simple as with the Amazon Fire Phone.

Small incremental improvements in all these existing technologies will very quickly result in QR Codes being ready for the mass market – it will be simple, reliable and most of all useful.

Other augmented reality apps – for example Bippar – may gain traction and supersede QR codes, but the QR Code is already well established and standardised, so it has a head start on potential competitors.

What’s in it for Print
As consumers become accustomed to pointing their smartphones at anything to get more information or make a purchase, it will be increasingly important for brands have some control over the interaction.

Image recognition will work if you are simply looking to sell commoditised products on Amazon. However, suppose I point my Amazon Fire phone at your brand of DAB radio in a retailer’s showroom. Amazon will recognise the product image and display it with an option to buy. But – I’ll also get options to see similar products from your competitors.

With a QR code you can arrive at a dedicated landing page, also with an option to buy – but this time direct from the manufacturer or their preferred retailer and perhaps with more product information like technical specifications or warranty information, special offers and opportunities to join a mailing list.

If a customer points at a Louis Vuitton handbag, you don’t want them landing on a site offering handbags that look like Louis Vuitton. With a QR code to scan, you get to control the interaction.

This is why every consumer product will need a QR code on the display packaging or on an attached ticket.

QR Codes have multiple applications that will make print an essential and integral part of the marketing mix.

With QR codes and a bit of imagination, every piece of print becomes interactive – an opportunity to sell, inform, educate and market to consumers in real time, on location and when it matters. And the beauty of QR codes is that you get real data on ROI to present to the metrics-obsessed digital manager.

All this can be done right now, but it’s just too complicated and takes too long. With handsets like the Amazon Fire Phone and slight improvements in existing technologies we are on the cusp of this going mainstream.

Start preparing now – it’s going to be a busy time for smart printers!