The Bank Holiday weather may not have been great for ice cream vendors, but it will have been good news for the movie business as many will have taken a trip to the cinema to see Marvel’s new blockbuster, Guardians of the Galaxy. 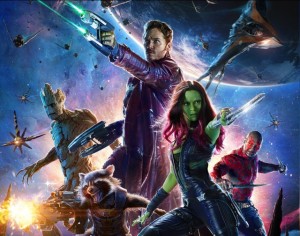 Guardians of the Galaxy is the hit movie of the summer – and that’s good news for print!

Guardians of the Galaxy has been the hit movie of the summer in the US, grossing $94 million on its first weekend. That’s a bigger weekend opening than The Amazing Spider-Man 2 and X-Men: Days of Future Past and only just beaten by Captain America: Winter Soldier.

Despite only being released at the beginning of August, it is already beating out Disney’s own summer hit Maleficent (Disney owns Marvel) and with grosses sailing past the $250m mark it is closing in on the Lego movie and Captain America: The Winter Soldier which currently tops the movie charts in the US.

The official Marvel UK trailer for Guardians of the Galaxy already has over 8 million views on YouTube since it was posted in the middle of June and there are lots of other unofficial clips with heavy traffic.

Rocket Raccoon has his own page on Wikipedia and the Guardians fan page on Facebook has over 1m likes.

Even if you’ve never heard of Drax, Gamora, Groot, Rocket Raccoon and Star-Lord it’s worth taking note – and not just so you can keep up with the kids.

We’ll be writing more about the global comic and graphic novel industry in future articles, but Guardians of the Galaxy provides an interesting case that is very relevant for the print industry.

Unlike other movie franchises based on hit comic characters – Superman, Spider-man, the X Men, Batman, Captain America and so forth – the Guardians of the Galaxy have a less illustrious history in print. Although the original concept of the Guardians of the Galaxy goes back to 1969, the characters that you see today were only put together in 2008. Although they had a loyal fan base, relatively poor sales figures meant that the print title was dropped in 2010, only being relaunched in 2013 after the announcement of the making of the movie.

In the reverse of the normal trend where the popularity of print characters is exploited on-screen, the Guardians of the Galaxy movie has been the driver for print sales.

Rocket Raccoon was the number one selling comic in the US in July 2014 according to distributor Diamond Distribution. Diamond is really the only game in town when it comes to comic distribution in the USA. While that may not be so good for competition, it makes research a little easier. Here’s their top ten ranked comics for July 2014…

Comic site ICv2 puts some numbers on these figures (no idea how, but comic geeks are generally pretty good with this sort of thing, so let’s assume they are reasonably accurate) and they reckon Rocket Raccoon sold around 293,000 copies in July 2014.

The New York Times recently reported a rise in comic sales in the US – both in print and online:

And it’s not just sales of print comics that benefit from a popular franchise like this. A quick look at the current offerings on Amazon UK under Comics & Graphic Novels shows over 130,000 titles listed.

These include comics, trade paperback collections, manga and every imaginable graphic novel niche. Of the Guardians of the Galaxy titles, Marvel’s top seller is a collected volume selling at £17.67 and Amazon are quoting a 3-6 week shipping delay – that looks like demand and margin. The number one seller in the Graphics Art Illustration category is a £22.68 ‘Art of the Movie’ coffee table book.

Whatever you think of comics and graphic novels, there is clearly a market for this in the UK – and fans of the genre have money to spend. Have a look at the prices for comic book art… 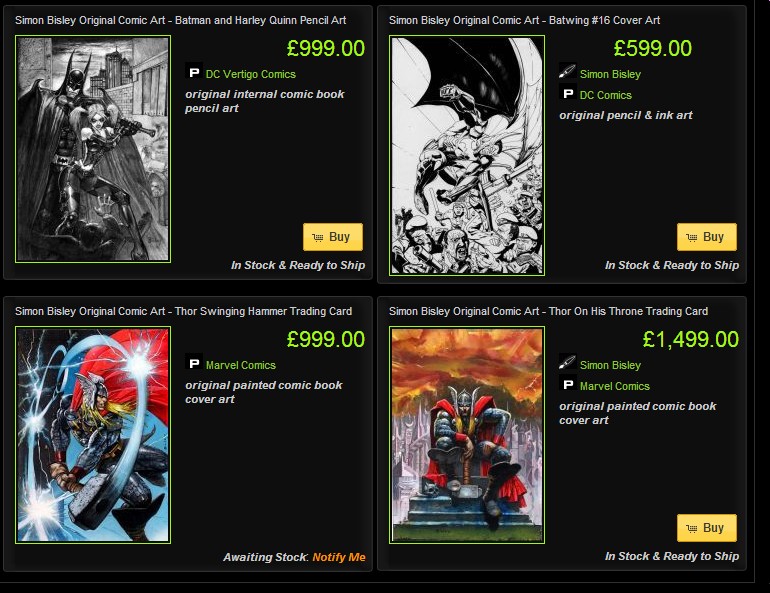 The point is that print and digital can co-exist – it doesn’t have to be an either/or situation. If something is popular, it will be popular in all formats – including print.

With modern print technology we can print in better quality on so many more materials than at any time in print history, so the potential for print products today is huge.

The success of Guardians of the Galaxy drives interest and demand across the whole comic and graphic novel niche – and there is a whole world of print opportunity out there. Make sure you are getting your share!