The recent pre-election budget provided slim pickings for the print industry, but there are some positives for the economy generally.

Before looking at the specifics, don’t forget the fundamentals – huge debt that will peak at 80% of GDP and won’t be disappearing anytime soon – and what happens globally matters a lot more to the economy than anything a UK Chancellor does.

That said – growth figures for UK have been revised up to 2.5% for 2015. That makes the UK a more attractive prospect than most for inward investment. It means the UK is doing better than anywhere in the Eurozone, although what happens there – particularly in relation to Greece – will be key to continued growth for the UK economy. 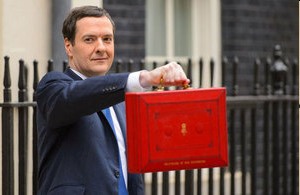 There was never going too much in the way of giveaways at this budget – there simply isn’t the cash to fund it, but there were some general measures that might help to create a business friendly environment to maintain growth in the absence of detrimental global factors (far from a given).

Enterprise zones can be a good way to help regenerate economically deprived areas. The tax benefits can be sufficient to get decent sized companies to relocate (at least for as long as they get the tax breaks). While this may be of interest to some of the larger print companies that might be thinking of relocation, for local printers already in one of the new zones, keep an eye out for new businesses relocating and get pitching for new business.

Devolution of Power to the Regions – in the wake of the Scottish devolution referendum promises, there is a continued move towards devolving some powers and control of spending to English regions. Various ‘City Deals’ were announced whereby local authorities will be given greater control over spending. Manchester and Cambridge are key beneficiaries as will be Glasgow, Aberdeen & Inverness in Scotland and likely Cardiff & Swansea in Wales. The growth of local government in these areas will present opportunities for smart printers. Decentralisation of decision making processes means a better chance for local companies to grab a slice of the print action.

Some good news for those thinking of taking on youngsters – the abolition of NI – for employing under 21s from this April and for employing a young apprentice from next April.

The announced review into business rates isn’t likely to garner any short term benefits for print businesses and any changes will depend on the flavour of the next administration.

There was a commitment to continue cutting the rate of corporation tax, which is already being cut to 20% this April, but that will be dependent on the Conservatives being in the driving seat post the election.

Uncertainty around the outcome of the election itself – with possible coalition alliances giving either UKIP or the Scottish Nationalists a voice at the top table – is likely to mean a relatively quiet period in the meantime as many businesses are putting off strategic growth plans until the political scenery is clearer.

Large corporates operating globally are concerned about the possibility of an in/out EU referendum at a time when the Greece situation might be getting messier that it is already.

As well as the EU situation, further instability in the Middle East, global energy prices, US interest rates and growth (or otherwise) in China are all likely to play a bigger part in what happens to the UK economy than any tinkering by the chancellor.

Further details of the budget speech, government costs and data sources below…